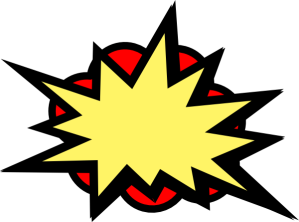 In a haze of stress neurons, I’ve done something rash. I’ve been lurking in the digital bushes around InkShares, a crowd-source publisher, for a few weeks now. I really like their model – if you meet your goal, the book gets published. Professionally edited, cover design, release in major markets, the works. But I was hesitating – partly because I wanted to wait until I had a little more open headspace – partly because I’m a little bit chickenshit.

But then I got an email about this contest.

In the words that I myself reverently uttered upon reading, ‘Bug Jesus.’

The top 5 sci-fi/fantasy novels in the contest get published. The five books with the most pre-orders by the end of May get published. Even if they don’t hit their funding goal. My book’s goal is 750 preorders for ebook / 1000 for paper – but it doesn’t matter. If I can get enough pre-orders to stay in the top five, I’m in. It’s just too good an opportunity to pass up. All I want is that 5th slot – Asteroid of Dragons in the finals with a bullet!

The grand prize is even better – being the first Sword and Laser Collection novel published by InkShares and getting interviewed on the podcast. Finally, Veronica and Tom will know the clever things I say about the month’s book that I’ve been saying in my car. [!]

So, now the hustle – which connotes the amount of work I need to put in, but also the slight tinge of a scam. I NEED people to pre-order the book before the deadline. I’m going to start by plowing through my Friends List, of course, but I’m not going to make it over the hump without – gulp – strangers.  I’m going to update the InkShares page regularly, I’m going to update here more, and be much more active on Twitter and FB. I’m going to be obnoxious. That is my vow. I have just over 45 days to convince as many people as possible to give me 9.99 – to extend faith in what I’ve written before, and take another leap in a book called Asteroid Made of Dragons.

That’s the link – the starting line of this race. Help me win. Tell me how I can win. If you follow the link and don’t pre-order, come tell me why so I can FIX IT.

Much more to come. Just think, if this works – some responsible adult will be in charge of marketing and I’ll be left to write weird sonnets about sentient pickles. Won’t that be grand?