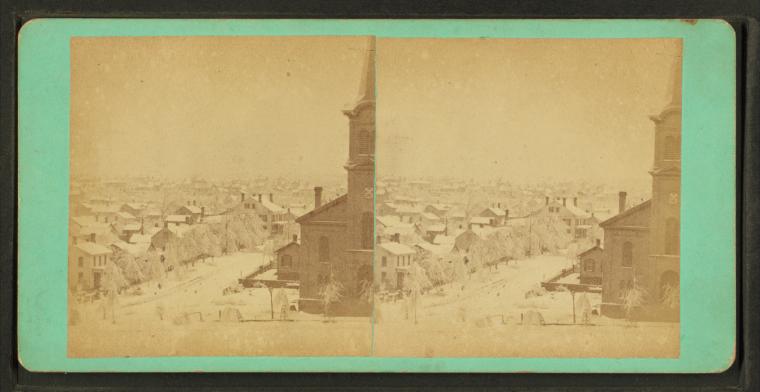 Ice and snow and the outside of doors.

The town clutched itself.

He rattled on the windows and tapped on the doors.

He whispered only, ‘fire’

The town did not answer.

The stranger whispered at the keyholes, ‘fire’

He whispered and trudged and crunched, white snow around his black coat and brown boots.

The town did not answer.

The stranger came to the last house, the edge of town.

The window was blue with frost, but he could see inside.

Inside was gold, heat and bone and gold, and she saw him.

She saw him through the window.

She did not turn. She stood.

The stranger pushed empty fingers to the glass and whispered, ‘fire’

She did not turn. She came to the window.

She opened the glass, she took his hand.

She closed the glass and forgot the stranger.

He was nothing but boots in the snow.