A few hours later, Isaac leaned against the bricks of a rooftop stairwell.  The building was about ten stories tall, and provided an easy observation point for the taller building across the street.  He glanced at his watch, 2100 hours and 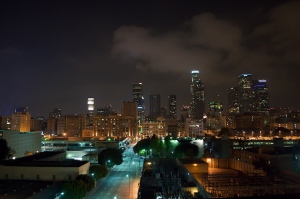 Jack Ross was working late. The young lawyer’s light was one of a few that remained burning in the offices across the street.  Isaac watched Ross leaf through several file folders, and make copious notes on a yellow legal pad.

Isaac looked over the rim of his shattered spectacles, and wondered why he had been sent to kill this young man.

He checked the bandages on his left leg and shattered knuckles. The backpack had held a field issue first aid kit, and he had been able to dress his wounds in a portable latrine left unlocked at a construction site a few miles from where he’d wrecked the Regal. Also in the bag were a freshly laundered pair of Army BDU’s, so he had quickly shoved his blood-spattered khakis into the basin of the latrine and put on the clean clothes. They were clearly sized for a younger, much slimmer version of Isaac Whitaker — but he had managed to squeeze into them.

There were two other things in the backpack. An MRE – lasagna, his least favorite – and the object that he now held in his hands as he kept an eye on Jack Ross’ late night work.

It was a wooden mask, featureless except for a narrow slit for the mouth and two thin holes for the eyes. It wasn’t black, it was plain Army green. The paint was flecking on the edges.

Back in the unit, when they were first issued them, he had listened to the scientific rationale with half his attention. The unit had been trained to cause people to ignore them, by employing their psychic field to dampen the mental activity of others. It made people pay less attention to them, be far less inquisitive than they should be.  And somehow the masks helped — by removing recognizable human facial characteristics, it made the members of the unit even easier to ignore and disregard.

And now he had to put it on again.

It had been so easy to slip back into his training, his conditioning. He had been completely unobserved moving through the busy nighttime streets — he had leaped from rooftop to rooftop, slid down telephone poles in total silence, made himself invisible to an entire city bus of passengers, as he sat Indian-style on the roof. And it felt good.

Isaac squeezed both sides of the mask with his hands, feeling the smooth grain of the wood. It felt wonderful. I guess I never let myself think about how much I missed it. How crippled I’ve felt all these years. Fat and fucking old, jogging around my house and shuffling paper.

He’d been so caught up in it, in the high of the field, that he hadn’t truly been thinking. Black Mask was watching, he knew that. Any of his old unit would have little trouble keeping tabs on him. In the old days, the Hermes days, they never could have kept up with him, but now it would be child’s play — his field was still strong, but he was years out of practice.

Only one thing made sense right now. Find Jack Ross.

Enough, Whitaker. Get on with it. Isaac slipped the green mask on.

He ran towards the edge of the roof and kicked off. A few bricks were dislodged by the force, and he sailed through the air. His psychic field blazed green, but he had waited until the road below was completely deserted. The only one to see was Jack Ross as Isaac burst through his office window.

“Holy Hell!” Ross staggered back from his desk, eyes wide.

The young lawyer managed to grab a lampshade as an impromptu weapon. Hasn’t been a desk jockey too long. Isaac took it out of his hand and grabbed the front of Ross’ coat. With a quick heave, he slammed the younger man down on his desk and leaned in close.

“Tell me, Ross.” Isaac spoke in a whisper, praying that his voice would be unrecognizable. “There’s some very scary people that want you dead — any idea why?”

Ross swallowed and tried to collect himself. Isaac felt some sympathy. It’s been a rough day for everybody, kid.

The young lawyer ran his eyes over the green mask, and started as he saw the faint glow still remaining from his leap across the street.

“It can’t be. I never thought it was true.” Ross said fuzzily. ” Project Pantheon was real?”

Project Pantheon. The unit. Him, and the others. The psychic soldiers of the Cold War.

“What do you know about Project Pantheon?” Isaac forced himself to keep his voice quiet.

“Nothing! I’m working on a case, the murder case of this PFC in Guantanamo Bay. He was killed by a couple of his squad members.” Ross took a gasping breath, and coughed.

Isaac almost gasped himself, but kept the pressure on the young lawyer. From a thousand years ago, this morning, in the quiet life of Captain Isaac Whitaker of the JAG Corps,  he had been discussing this very case with an attractive young woman from Internal Affairs. “Santiago.” he whispered.

“Yes, Santiago!” Ross said with relief.” I got a big carton of evidence, copies of all of his personal communication sent 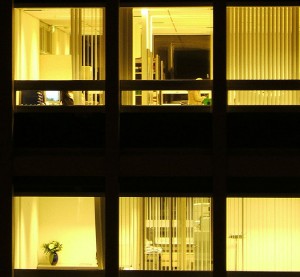 over from IA. But there was something extra, a journal kept shut with rubber bands. It wasn’t on the manifest, so I was curious — I opened it. It was…it was crazy. Some sort of psycho-therapy dream journal sort of thing. All of this raving about these nightmares that Santiago kept having, about psychic killers in the army. Project Pantheon, he wrote the name over and over again. And a ton of fucked up drawings — dragons and devils, yeah —  but always these figures wearing army fatigues and masks. Masks like you’re wearing.”

Isaac let the young lawyer go and stepped away. He could hear Ross swallow and slowly start to sit up behind him.

This Santiago kid –  he’s a Listener. Or he was a Listener. The process that unlocked the unit’s psychic fields always had similar effects: increased agility, awareness, strength, speed. But early on they had discovered that different people manifested different types of abilities. Super strength, remote viewing, mental domination, and others far stranger and more difficult to classify. One of the rarest was being a Listener – the ability to gather intelligence in the dream-state, to travel through the sleeping minds of the enemy and pull out battle plans, tactics, military secrets. The problem was that the information could only be processed by the sleeping mind – so it always came out in the this nightmare mish-mash. The two members of the unit that had the ability kept journals next to their bed, and always filled them with insane scribbling — then dutifully turned them into command to be deciphered. But Santiago was way too young to be a member of Project Pantheon. Unless they never really closed it down. Unless…

There was a member of Project Pantheon in Guantanamo Bay. Isaac felt his insides boil. They had killed that poor kid to hide themselves, framed the two Marines that Weinberg and Kaffee were defending…and now they were using him to mop up Ross. All for the young lawyer’s dilligence.

Isaac turned to face Ross. He knew what he had to do. His hand rose, fingers splayed.

“You will forget this, Ross. You will forget the journal, you will forget. A hawk flew into the window, broke it, scared you. You will never be alone for the next two weeks. Public places, carpool to work, keep your service revolver loaded and nearby at all times. Now go home, and get a good night’s sleep.”

Ross nodded, grabbed his briefcase and walked out the door.

Isaac watched him go and then turned back to the broken window. He found himself staring at his reflection in a small piece of glass that still hung in the frame. The green mask gave nothing away. “Goddammit.” he sighed.

He walked to the window, still holding the lamp he’d taken from Ross. Brandishing it like a scepter, he called out into the night.

“No. I didn’t kill him. But you’re going to have to let him go. You’ve got larger problems, you’ve got some serious shit to deal with. You’ve got me. You’ve got me really fucking pissed off. My name is Hermes and I’m the God of the Goddamn Crossroads. I am the messenger, you mother fuckers. Now come and chase me.”

His field blazed emerald and Hermes leaped out into the dark.

2 thoughts on “You Can Call Me Isaac IV”