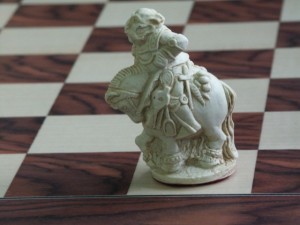 Sometimes I sit on my wizard throne. Not often, but sometimes. I pull the cowl of my cloak down over my eyes and I slouch against the high arms made of steel and basalt. Then idly I gaze at the windows that hover about me. They float in the air, held up only by chance. Some of the windows are clear, some covered with shadow.

I see Jonas and Rime tromping down the hill that leads them away from the Heart-Broken Lion. I see Caliban and Slade battling the wraith in their pajamas. I see David Brown tossing cigarettes in the back of his Buick, caring not at all if they are dead or aflame. I see Agnar carrying a soused summoner back to his over-sized bed in the Captain’s quarters. I see the Blank army marching over the hills of Turn.

ALL THESE WORLDS ARE YOURS EXCEPT EUROPA. – 2010

The sands of the Descabellado blow through one window and sing of secrets still waiting in the sand. Another window the gray-edged Cynus, another window the stone-ship Jocasta and the Crown of Might. I scratch my chin and peer farther at the windows on the edge of the light. Talitha singing among the stars, Lucas dying in the White Garden, the broken laughter of the Circle and their hula-hoops, the Tractor and His Boy, the monster-makers and their crumb-filled van.

I try to see beyond even these but I fail. Out there is the Gray Witch’s domain and I have no power there.

And again – the closest mirror. Were they windows before? The mirror, the Dragon’s Eye blinks at me and I see Jonas and Rime. It’s all about context. Future? Past? I don’t even know anymore. Does it matter? Will it matter? I’m sorry I whisper, I’m the only head you have.

I slip from my wizard throne, or it fades. I keep my cowl down tight, pulling with both hands until it frays and splits. Then I am just me again. The dogs need food and that dish has been in the sink for three days and I can feel the stress in my neck and the weight on my heart. Wizards don’t do well with bank accounts. I can stride through dimensional boundaries and the very fabric of Time at will but here I am tired and tired and just don’t know.