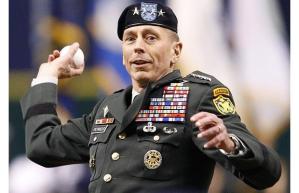 [And yes, I’m responding to the Petraeus Boondoggle.]

I want you to do me a favor. Stop writing your sexy email. Yes, I know you have it open in the next tab over — you’ve been marinating on it all day,  in between doing, you know actual work – grooming and squirming your mental eros into a nicely formatted 4000 word missive. Just stop, for like five seconds and do something for me.

Well, heavens to Mergotroid! That’s a Flintstones reference, I’m trying to couch my humor in something you’ll understand, as clearly you have not been paying much attention to some major developments in technology, communication and internet horse-sense.

So before you press send on that Sexy Email — which you are probably sending while at work, on a computer owned and monitored by your soulless corporation of choice — I would like you to consider some Super Science Alternatives. [And one Classic.] All of these methods are much harder [if not impossible] to track, log and throw up on CNN for all of us to leer at. 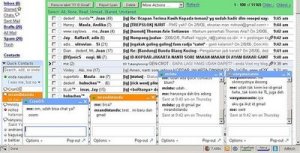 Or really any chat program ever existed. I mean, freaking Words With Friends has a chat feature — but I pick Google Chat because it has a handy ‘Go Off the Record’ option, that means the conversation will not be logged. Just think about it, you could have your sexy email time — like right away! All the time! It’s almost like there should be a word for this. Cyber-sexting? Inter-fucking? Come on, I’m trying to drag you people into the dial-up AOL era, get on board! 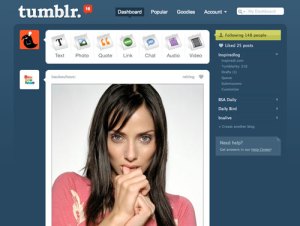 Use this social network for what the kids use it for. Flirting and arranging hookups and fuck assignations. Here’s what you do — create an extra email account, then use that to create a tumblr profile. Have your paramour  do the same, and voila! Double bagged anonymity — with the added bonus of you can mark your blog as ‘Private’ and then send private messages to each other that are never published. If you start catching heat from the press — or you know, your wife or whatever — just delete the Tumblr profile and walk away.

And don’t be cute and make a tumblr name like penetraeus.tumblr.com — that’s just asking for trouble. 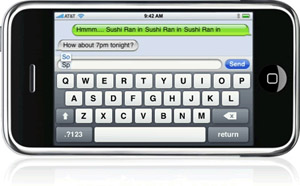 I know you’re all thinking — but what about TIGER WOOOOODS?!?

Well, actually I congratulate you. Thank you for noticing something that happened in the world after the Olympics were in Atlanta.

Look, here’s the deal. As long as you have the good sense to delete the text messages saved in your phones regularly — most providers don’t log text communication more than 72 hours old. [If any nerds read this, check me  — this was with some very quick and dirty research into Text Message Subpeona laws. I wouldn’t want to lead these poor Sexy Emailers astray.]

And finally, the CLASSIC ALTERNATIVE: Write a letter.

Because, my reasonably sound suggestions aside, Sexy Emailers. Everything you write on the 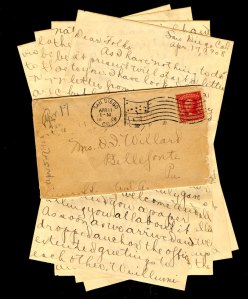 internet is there forever. If you type it on a computer, it is NEVER GONE.

I know you’re approaching your sex life with the same aplomb and discretion of a lemur discovering a pudding-dispensing Roomba — but please, as you slave over your Sexy Emails. Exercise a little common sense.

If you really want your written canoodling to go completely under the radar. Take a pen, write it on a sheet of physical paper and mail it to them.  They can destroy it after they read it, and your fierce passion can burn all the brighter in the flames of your words’ death.