A recurring complaint from my Alpha Readers — and now one of my Beta Readers, is that I don’t tell them enough. They want more details about the world, more about the history of the characters.

I have two main characters, and I sort of summarily dump them into the plot together. They both have Dark Pasts and Important Backstories [tm], but…and this is the crux, their backstory doesn’t have anything to do with the plot du jour.  The amorphous goals that I am moving Spell/Sword towards are pace, energy, and involvement. I don’t want to put any woolgathering or world history navel gazing — just accept the tropes and characters as presented, and show me a little trust.   Epic fantasy tends to frontload all of the exposition and world detail, I just want the reader to strap in and 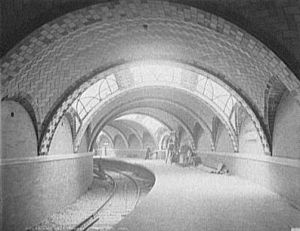 go along for the ride. This is episodic structure, not an epic trilogy.

A good example of this would be the pilot episode of Firefly. Admittedly, not a perfect example — that’s a vast ensemble. You’re only shown enough about the world and the character to serve the plot of the episode.

Okay, it’s in space. Mal was in a battle, his side lost. Okay, time passed. Oh, it’s the Civil War. I get it. Hmmm, Asian influences have become culturally dominant. Evil Empire, band of mercenaries and thieves. Okay, Mal’s a rogue with a conscience, Zoe’s a devoted soldier, Wash is comic-relief — oh hey, he and Zoe are married. Jane’s a thug, Kaylee’s an innocent mechanic, Inara’s a diplomatic courtesan, Book’s a priest, Simon is a rich kid doctor on the run, and River’s nuts. Oh, she’s super powerful/insane/government project — the empire is going to hunt her the entire show, hook set for the arc of the first season. Ooh, Reapers are nasty.

You don’t get the description of every major location in the ‘Verse. You don’t learn anything about the actual setup of the Alliance government, or the name of it’s ruling body. You don’t know how Mal got from being a defeated solider to captain of Serenity, you don’t know anything about Zoe and Wash’s courtship. Book has about eighteen arrows pointing towards him that say MYSTERIOUS SECRET — but, none of that resolves in the first episode. Whedon throws all these tropes into a ship, lets them rattle around a little, then unmasks the sleeper agent who tries to capture River. The character and world exposition always takes a backseat to the action of each scene — and more importantly, the character relationships. The family dynamic of the crew and the budding connections between the new passengers — and their reaction to the imminent danger at hand is what makes that episode work.

We all know right off the bat that Book used to be an assassin. That’s a trope, the holy man who put down the sword. It appears again and again. Whedon could have spent 10 minutes explaining about the Alliance Death Squad and their memorable exploits, but that’s now what makes a work of fiction interesting or memorable. What makes Book more than a trope is his relationships — his seeking out of wisdom from Inara, his antagonistic mentoring of Mal, his almost paternal relationship with Jane.

That’s how I’m trying to view this first book. It’s the first episode. Here’s my wacky duo, here’s their powers, here’s a little sniff of their past, here’s some action, here’s some villains, here’s some crazy, there’s some weird, and hey, book’s over.

One of my favorite episodic novels. The Dresden Files is a good example. I almost stopped reading after the first one, because so many pages were devoted to explaining exactly who Harry was, the various supernatural forces around Chicago, how magic worked, how making potions worked, the backstory of his cat, the backstory of his car,etc. etc. — only when I picked up book two, and all of those details were read did the kick-assery truly begin.

So — to sum up. My goal is to write my very first book and have it be just as good as Firefly and Book Two of The Dresden Files. And I’m going to self-publish. And this doesn’t sound very likely does it?

and character information in the Beta Draft. But, there’s got to be a line. There is an argument to be made that leaving my readers wanting to know more is a good thing — but I’m a little terrified of leaving them annoyed, instead of motivated.

I am courting my readers, dammit. And I’m just not the sort of girl to throw up my skirts on the first date.

Ultimately, I’m in the weird position of being beholden to no one as a self-publisher. I don’t have an agent or a publishing house demanding that I add more romantic tension between the main characters, or insisting that I cut out the Steam-Skating Frogs as nonsensical. But I also don’t have the advantage of their experience either. I can write it however I want, and no one can stop me from spending a few days on Amazon putting it into print.

Man, it must be relaxing to have an editor.

I’m just starting to get weary of eighteenth-guessing everything in the book. I have a legitimate fear of totally abandoning my own judgement and just cramming in every possible thing into the book that anyone could ever want to see. And winding up with a big ungainly, craven mess. OR not doing that, and putting out an austere, confusing desert.

3 thoughts on “Throw Up My Skirts”